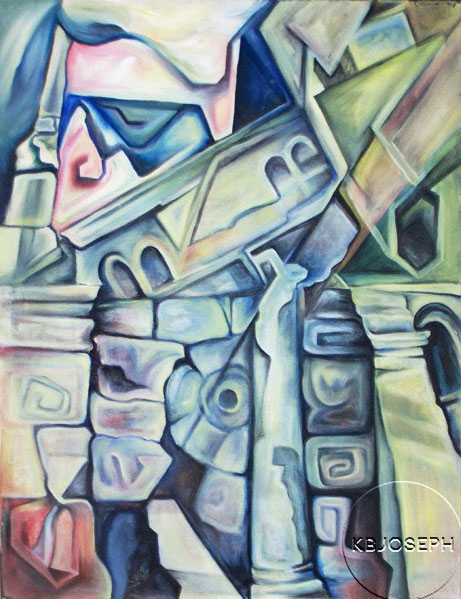 ‘Metropolis’ was painted in 2008 with the concept of capturing the architectural elements within the city. Through the process of exploring different downtown areas and city-scapes, I collected a series of images that I segmented and eventually developed into this image. The color palette for this piece reflects the pastel colors used in “Fly”, also painted in 2008. I chose these colors to represent the city’s bright collaboration of styles and constant movement. Along with alluding to the different styles of architecture from different eras, I found myself building my own abstracted puzzle of shapes and color. ‘Metropolis’ shows the modern concrete jungle while hinting at the influence of classical Roman and Greek architecture found in most cities.

Donated to the The Central Virginia Chapter of JDRF (Juvenile Diabetes Research Foundation) in 2015.
original donated | prints available upon request