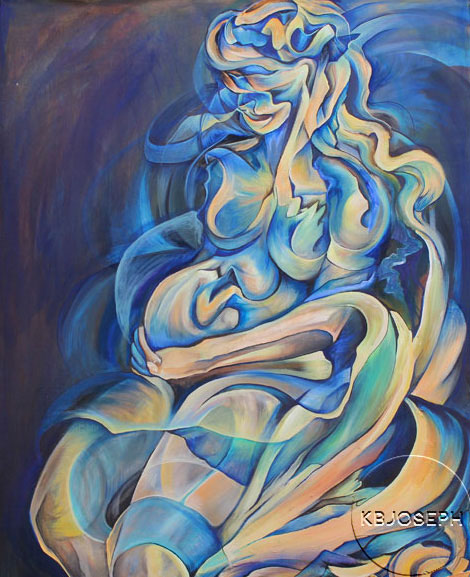 ‘Instinct’ was inspired by the mother’s maternal instinct and the natural bond between the mother and child. It was painted with oils on a 2ft by 3.5ft canvas in 2010. This piece was created after a period of creating surreal and more realistic imagery in 2008 and 2009. The intention was to incorporate the ribbon-like abstraction pieces created in 2007 into a surreal figure.  The theme of motherhood is again represented in this painting and visually represents how a woman’s mind, body, and spirit is changing during and after pregnancy. Instinct has been interpreted by many as the spiritual figure “Madonna & Child.”